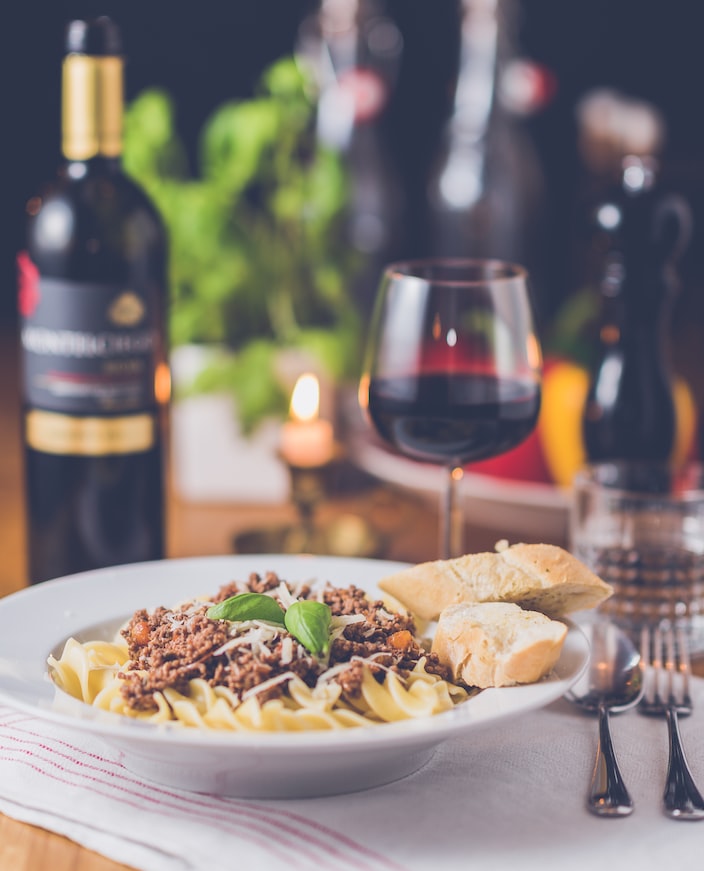 Disclaimer: This post is strictly for informational purpose and contains the contents of my personal experience, opinion and research I found on the internet and should not be considered medical advice. Please consult your doctor or other qualified healthcare providers for any questions regarding your condition.

I’m a bit at a loss for content on what to write. After being on 5 antibiotics within less than 2 months, I haven’t been doing much other than trying to recover and wanted to figure out how these antibiotics work on my body (my inner science nerd questions everything).

I decided to write about metronidazole (Flagyl) and the alcohol interaction and maybe flex some biochemistry knowledge to pass the time.

This past weekend, I had the pleasure of making chicken pot pie with my girlfriend and she asked if I was able to have wine after my metronidazole treatment in which I went ahead and Googled for answers.

It says that I should probably wait 48 hours after my treatment has ended and I had finished the last set of antibiotics early that morning. She put it in the pot pie as the sauce was simmering and it smelled delicious.

So, I try to find my own answer as to why we can’t have alcohol with this medication and whether it is safe to have foods cooked in alcohol.

Metronidazole is an antibiotic that has a limited spectrum of activity that covers various protozoans and most Gram-negative and Gram-positive anaerobic bacteria. Like many antibiotics, it is used to treat bacterial infections[1].

Half life of metronidazole is 8 hours based on wikipedia, meaning that after 8 hours, the concentration of the drug in the body will be reduced exactly by one half. Therefore, it would take about 1.67 days or 40 hours to completely clear from your blood.

This number varies from person to person due to many different factors (age, height, weight, metabolism etc). Knowing this, I would have been exactly at the half life of my dose of metronidazole before consuming the delicious pot pie.

My girlfriend cooks with wine to add flavour to many dishes and I was fairly concerned that the large label that says “DO NOT CONSUME ALCOHOL WITH MEDICATION” would be an issue when consuming foods cooked with alcohol.

After doing some Googling, many websites advise not to drink or consume alcohol and wait until metronidazole is out of your system which may take 48 hours. But what if its cooked in food?

Apparently it’s a myth that all alcohols are cooked off during the cooking process. There is a significant amount of alcohol that is still retained during cooking depending on the method used.

A team of researchers from the University of Idaho created a chart to show alcohol retention after cooking, which can be important for those trying to stay sober or on medication that interacts with alcohol. However, I ended up even more curious as to why.

Why no alcohol with metronidazole?

To understand why, we need to briefly understand alcohol metabolism. When people consume alcohol (ethanol in this case, hopefully not methanol) our liver breaks it down using two enzymes called: alcohol dehydrogenase (ADH) and aldehyde dehydrogenase (ALDH).

Alcohol dehydrogenase takes the ethanol in your blood, it turns it into a toxic metabolite called acetaldehyde, this is what causes: nausea, incoordination, memory impairment and flushing effects of alcohol.

However, it becomes metabolized by the second enzyme aldehyde dehydrogenase (ALDH) turning it into acetate, water and carbon dioxide, which is much easier for the body to eliminate[3].

Metronidazole causes a disulfiram-like reaction by inhibiting the aldehyde dehydrogenase (ALDH) step in alcohol metabolism. This means it stops the acetaldehyde from breaking down.

Inhibition of (ALDH) means it decreases its enzymatic activity to do work on the metabolite. Therefore, acetaldehyde will build up in your bloodstream causing unwanted effects side effects mentioned earlier[4].

Disulfiram is a drug that helps treat alcohol addiction by inhibiting this exact enzyme making the effects of alcohol much stronger.

Are you safe to consume foods that are cooked in alcohol while on this antibiotic?

Truth be told, in my experience, I felt fine with the chicken pot pie cooked with wine. My girlfriend only put in about half a cup. Wine is around 5%-7% alcohol, based on the chart linked above, a percentage of that is already reduced further. As long as I’m not directly consuming beverages of alcohol, I took the risk anyway.

If you accidentally consumed food with alcohol without knowing and found my blog post explaining how and why it restricts from drinking, well, now you know.

After reading many comments online of people having insane reactions I could safely say that I did not have any issues. Perhaps my situation was very minimal.

I also found a study regarding of the lack of disulfiram-like reaction with metronidazole and ethanol[5]. However, this study only did a small sample size of 12 healthy males which is a poor sample size to be conclusive imo.

Everybody is different and I am only posting my experience with foods cooked with alcohol and metronidazole. I’d avoid all alcohol content as directed by your pharmacist or doctor. This post is strictly informational and contains the contents of my opinion and should not be considered medical advice.